Immigrants Contribution to The Canadian Economy 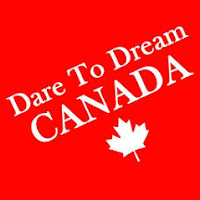 Immigrants are often assumed to contribute little to Canada’s economy as many continue to be dismissive of the beneficial impact of immigration. The same negative views continue to convey the rhetoric that immigrants threaten the labour market and take jobs away from Canadian born residents.


However, recent data provided by the 2018 Annual Report to Parliament on Immigration has revealed that Canada’s rising annual immigration intake has in many ways offset the country’s aging population and low fertility rates, which has in fact been a major contributor to Canada’s labour force growth. In other words, Canada’s aging population can be counterbalanced by immigrants as it was stated in last year’s annual report that the average newcomer to Canada is younger than Canadian born residents. Despite jobs that can be filled by Canadians, gaps remain, meaning that the rising intake of immigrants can fill Canada’s labour gaps, thus continuing economic growth.


The skill composition of immigrants has also too often been undermined. Immigrants continue to have higher levels of education in comparison to non-immigrants living in Canada. It is for this reason as to why immigrants ought to be integrated in ways where their skills and expertise are appropriately recognized in the labour market. To prevent this gap from widening and with existing labour shortages found predominantly in health, sciences, skilled trades, transport and equipment, immigrants to Canada can once again fill the shortages by satisfying labour market needs. This has more specifically been satisfied through Provincial Nominee programs as a way to meet specific regional labour market needs.

Shandana Sohail
I am Shandana Sohail, a Regulated Canadian Immigration Counsel in Canada. I am Licensed from ICCRC-CRCIC to provide Canadian Immigration, Citizenship and Refugee Services. I have earned my undergraduate degree in Communication Design, Masters in Business Administration and a specialization in Canadian Immigration and Citizenship Law. Moreover, I have over 10 years of professional experience working with people across the world, from different cultures and religious backgrounds. CanadaLeaf Immigration provides full range of Canadian Immigration, Citizenship and Refugee Services to its client from all over the world. We are known for our values for honesty, dedication and the time we spent on our immigration cases. We believe in adding our personalized touch to each and individual case and our team walks with you from the scratch to the completion of your application. We are located in Toronto, downtown and offer first free consultation to our clients (by appointment only). If you are outside of Canada, you can book online consultation with us via WhatsApp chat/call, IMO, Skype or call us on our Canadian number +1 647 230 1929.